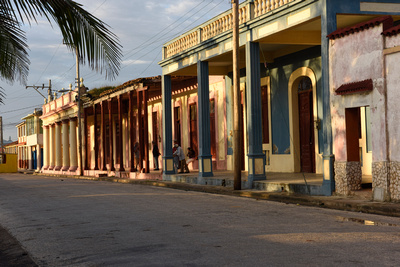 My Friend on the Waterfront, Gibara

The Cuban town I have felt most welcomed and connected is Gibara. This small fishing village is a sleepy haven most of the year, save for the International Film Festival every April, when up to 100,000 film enthusiasts swell its quiet streets. I hope to be part of this event soon, but that is a topic for another day. My favorite time to wander about the town is in the early morning, as the local residents hop on their bikes to chase the smell of freshly baked bread wafting down the streets. It was right after a the sunrise light that I found myself walking along the waterfront, past one story, colorfully painted columns of a street level arcade, that I met Frank. He had lived in this apartment most of his life. Frank suffers from emphysema, and in the mornings, the chill of his rooms force him onto the doorstep, to warm his bones. 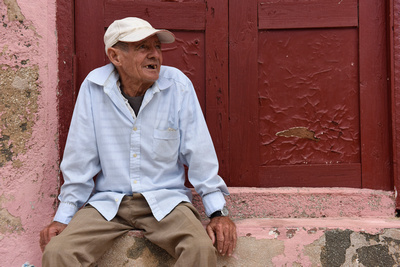 Frank holds court with his neighbors and passersby and is most welcoming to visitors. He is happy to share his story of being an award winning gymnast with the opportunity to travel to and live in Miami in the 1950's. He also had been a teacher there, and had an excellent command of the English language. After the Cuban revolution, Frank came home to Gibara to be with his parents in this very place he sat that morning. Here has been since, with a roof over his head and his friends. As with many in this town, he 'owns' his home, by virtue of continued occupation. 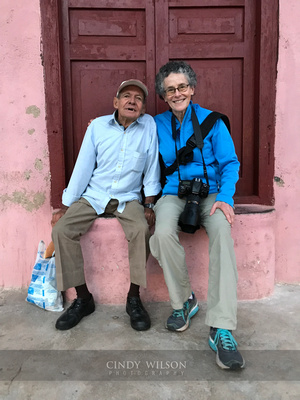 I visited with Frank each of the mornings we were in Gibara. We talked of my interest in Cuba, his experiences in the US and how nice it is to be in a place where you belong. Frank promised to write and I hope when I visit next year, I will find him once again on his doorstep, warming his body in the early morning light making every passerby feel kinship and a place to sit for a spell. 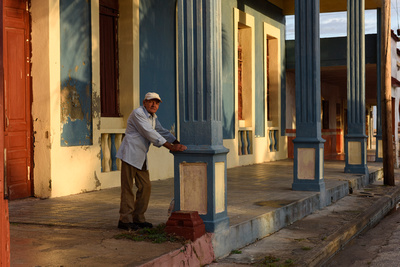